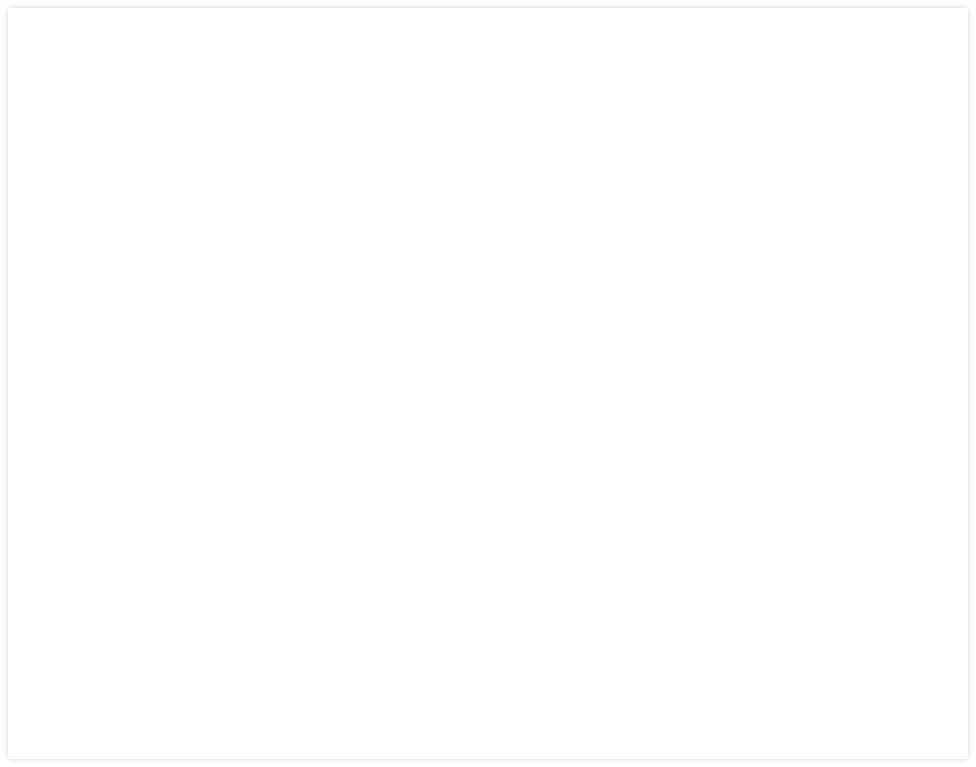 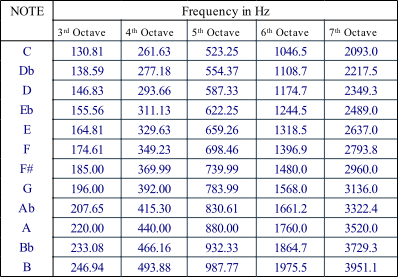 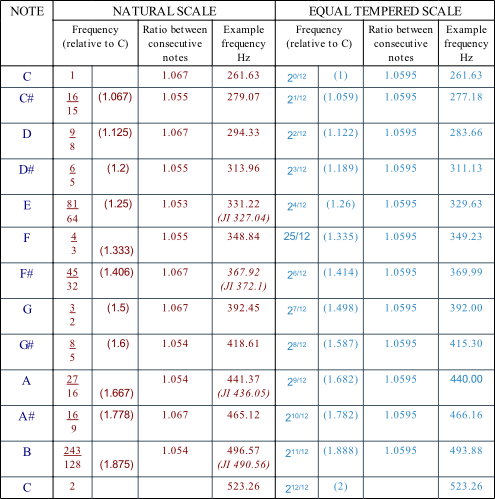 The difference between the Natural and Equal Tempered scales is shown in the table to the left. The example frequencies  in italics are for the scale of just intonation which slightly differs from the Natural scale. The example frequencies show that the differences in frequency for some notes are significantly greater than for others, when comparing the two extremes of temperament.

The figures in the last column are based on the Standard International Pitch which was accepted in 1939, and gives "A" (above middle "C" on the piano) as 440Hz. The standard for pitch is known to have varied during musical history by at least a semitone in either direction, so that the keynotes for rings of bells quoted in earlier times may well be at variance with those given today.

The human ear can detect sounds over a range of about 9 octaves. However the first and last two octaves are not so relevant for church bells. The table below gives the frequencies for the middle five octaves at Standard International Pitch.

The Natural and Equal Tempered Scales